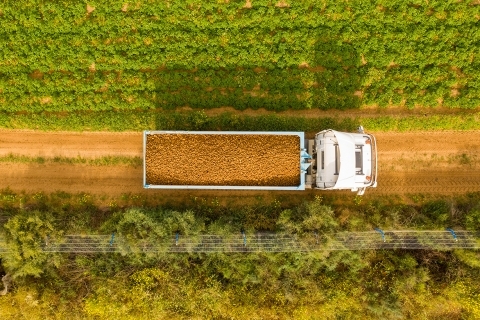 Michigan’s harvest has been slow this week due to heavy rainfall on Sunday and Monday. Some areas have received 2-5 inches in the past few days and more rain is in the forecast for Thursday and Friday. Approximately 50-60% of Michigan’s storage potatoes are under cover. Reports indicate that up to 75% of chip manufacturers are behind on their field-delivery contracts. Processors may not be able use all their contracted potatoes because of slower than anticipated movement. Growers are expecting contract reductions next year.

The North American potato harvest is wrapping up. Several growing areas have finished digging this year’s crop. More will be finishing by the end of next week. Exceptions will be the Columbia Basin, where processors will continue to use field delivery potatoes through the end of October, and PEI where harvest just ramped up this week. Crops in several key production areas have been disappointing due to excessive heat during the growing season. Yields, size, and quality are off in Idaho, the Columbia Basin, Manitoba, and Alberta. On the other hand, strong yields have been reported in Maine, Colorado, PEI, and New Brunswick.