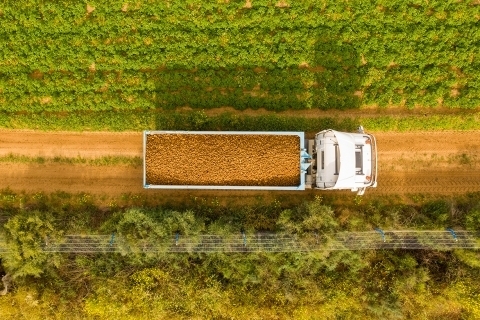 Dealers are complaining about slow movement of storage chip potatoes. Some are projecting a 10 day overlap between storage potatoes and new-crop supplies from North Carolina and Missouri. Canada is unlikely to import many new-crop chip potatoes this year, due to abundant supplies in storage.

Last week’s frost event damaged crops in Missouri, southern Indiana, southern Ohio, North Carolina, and South Carolina. Damage was spotty, but some crops may be set back by ten days or more. Industry sources are hoping that the setbacks will mitigate the overlap between storage and new-crop potatoes. They are expecting little pressure to speed up harvest of new-crop potatoes. Therefore, we doubt that the frost setback will have much impact on final yields.